In the 1950’s my mother was in Canada, working at Banff Springs Hotel. There she bought a hand painted Mexican skirt and was photographed wearing it. As a small child I thought the skirt was a wonderful object and I wore it to school. It was a long skirt on me. 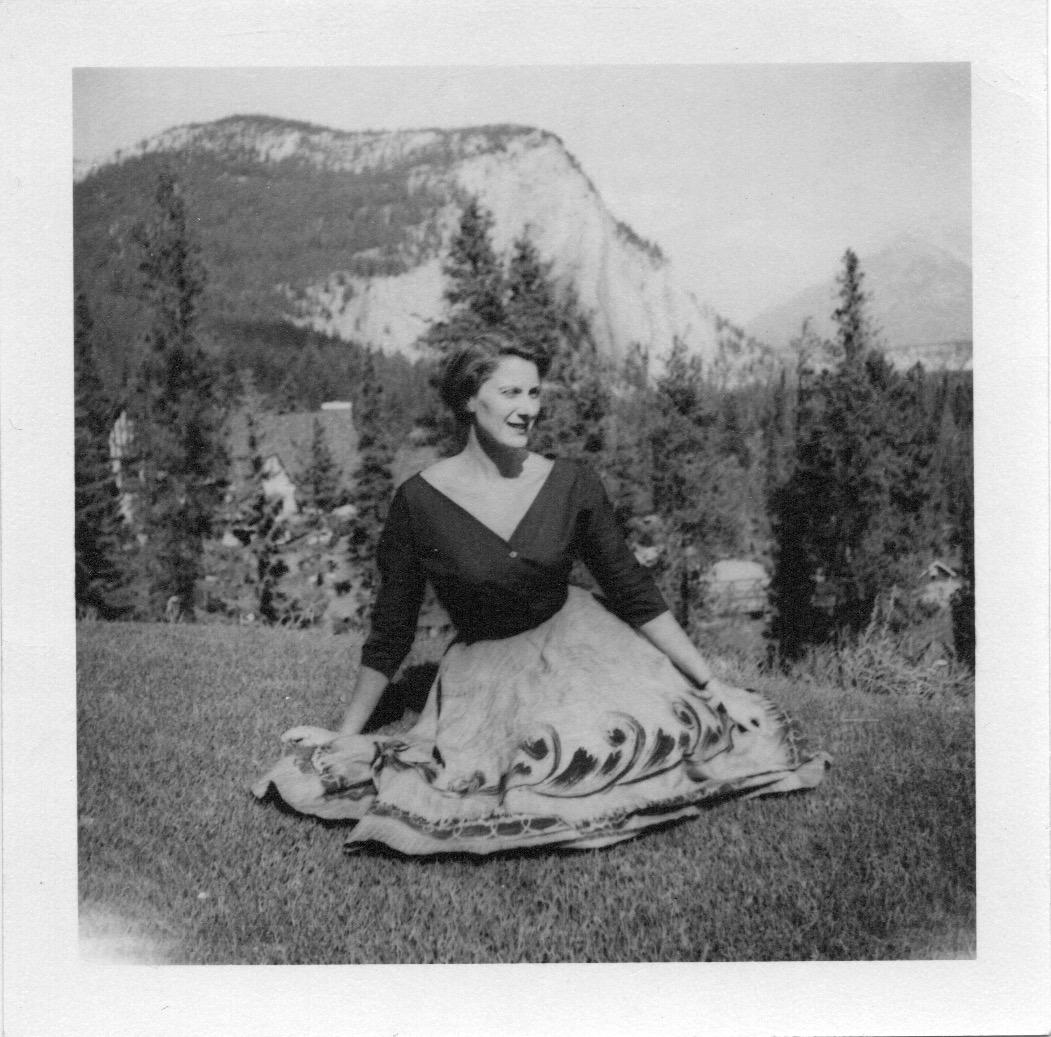 When I was an even smaller child – about 3 or 4, I was attending a convent school. One day I brought home a caterpillar outfit, a green cap and smock which the mothers were supposed to sew brown patches onto. My mother, who hated sewing, instead painted brown spots onto the cloth, using my poster paints. I was excluded from the school photograph of the event! I have used this key influence a lot in my art work over the years, painting on fabric, making ‘art garments’ and making paintings which look like fabric.

2017 May The Art of Wellbeing Russell Cotes Museum, Bournemouth

2016 May The Art of Wellbeing Russell Cotes Museum, Bournemouth